Last November Filius Jere and his wife Chosiwe came to Cincinnati for the Pastor’s Development Program and they spent 2 weeks with us in our home.

He mentioned to us then that He had been invited into the village with the permission of the village chief to speak to a group of people interested in the work of Beyond Today. We were fascinated with that and asked him to keep us updated.

It is a group composed of people from various religions and non-religious backgrounds who have found what the Beyond Today program says is intriguing.

Filius wrote this: on January 9, 2019
In response to a long-standing invitation, on 9 January 2019, we carried out our “First Contact” by going to visit Madzimawe, an influential traditional chief who has been following our radio version of Beyond Today. Our delegation consisted of my wife Chosiwe and myself and two acting deacons, and their wives.

After briefing the chief and his indunas (Traditional Cabinet), we presented several UCG resources to him, which included The Fundamental Beliefs, Sunset to Sunset and the 2019 LifeNets calendar. His response was elated and he proposed that the Church should be established in his Chiefdom, starting with a sensitization activity which would need the involvement of our existing congregation over two days, starting on a Friday for consultation and information, and Sabbath for worship.

The chief also gave us freedom to choose where to site the Church. (So he is inviting them to start a church near him)
With your obvious support, this could turn out to be one of the most aggressive reach-outs in Zambia. 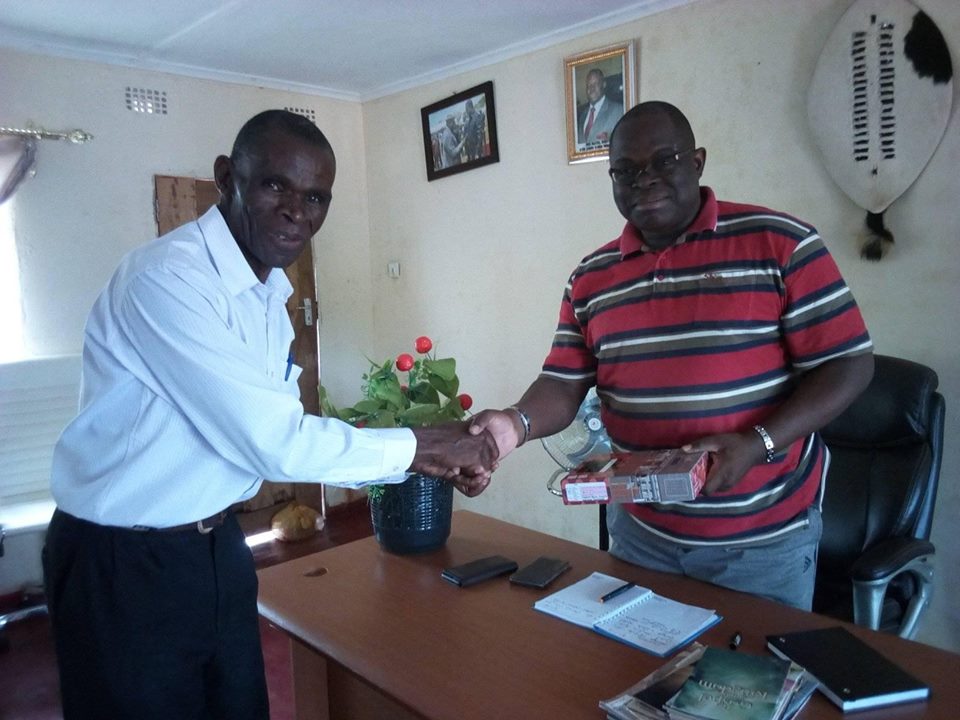 Above is Filius with the Chief. We took this picture from Facebook. He wrote:

His Royal Highness, Chief Madzimawe receives gift of King James Bible and other UCG resources during formal introduction of Church in his area. "I welcome you to establish the Church in any place of your choice in my Chiefdom. Religion is necessary for any leader to manage his or her people according to God's will," said the Chief gladly.

The onus is now on us to select a suitable place for the Church and get his official endorsement.