This is a short belated report on a visit Cherry and I took up to Solwezi – Mufumbwe – Manyinga in January 2017.

We spent the Sabbath at Solwezi. I gave them paint for the inside of the church hall and a sign to be fixed to an outside wall.

The next day, Sunday we went to Mufumbwe where we had a meeting to discuss various issues. They had no trouble with Army Worm but had a plague of Stalk Borer. I had previously sent them K5,000  ($500) to purchase Knapsack sprayers and insecticide. This they had used to good effect and the scourge had mostly been eradicated. We also inspected the church plot where the foundations were in. I had also previously given them a plan and picture of what type of hall we needed.   I noticed power lines some 200m from our plot. I was told that if we paid K750 ($75) to the electricity department they would bring the line right up to the church building. Fortunately Cherry had grocery money to that amount in her bag which I pirated off her so we could have this done.

Then I got all sorts of ambitious ideas  I had planned to put an extra room on the back of the church completely fitted out for us to stay for when we visited that area. A submersible water pump to be put in the borehole, an elevated water tank, lights in the church and Deacon’s flat and a 1.8m diamond mesh fence put around the complex.

The next day we picked everyone up at Mufumbwe and went to Manyinga where we held a Bible study. We also inspected the church plot, 100x50m which is in a good location some 50m from a main road.

I gave them a picture with measurements to get prices to construct a hall similar to the Mufumbwe hall.

We returned to Kitwe on Tuesday. The whole area has had good rains and all the maize seen from the road was very good. There should be an abundance of maize this year. 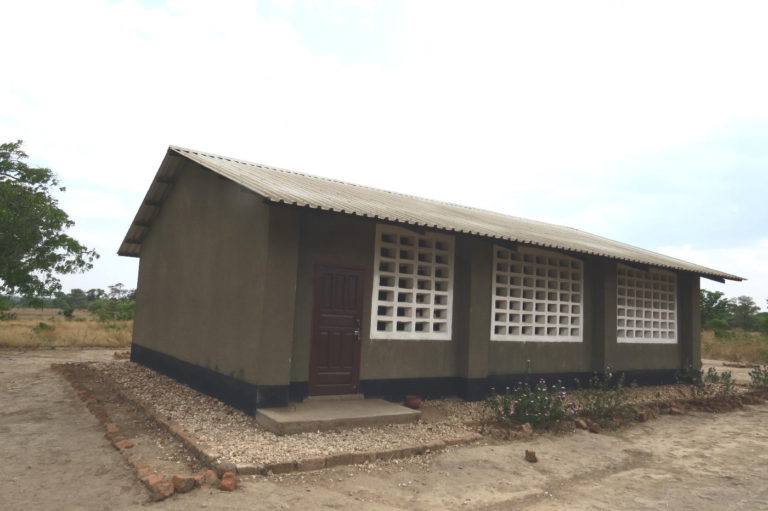 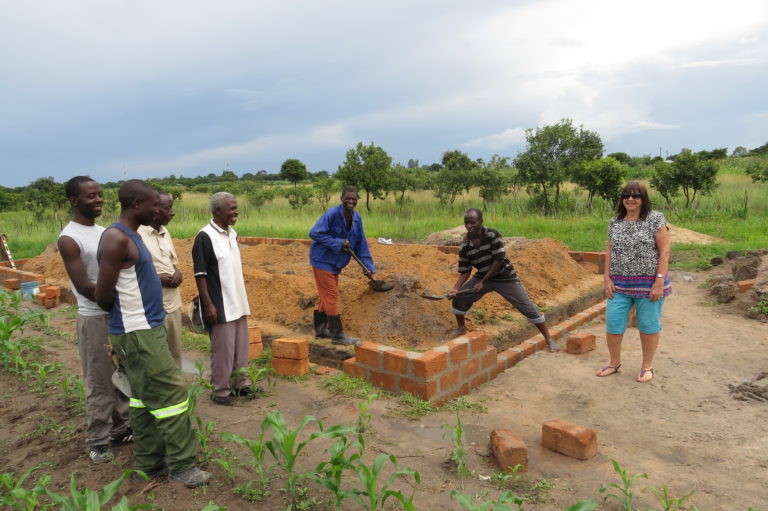 The church hall in Mufumbwe, Zambia