I have asked some of our members in Hong Kong to give me their first-hand impressions of what's going on in Hong Kong during this time of protests being broadcast to the world. Is it safe to travel to Hong Kong.  What about the Feast of Tabernacles?  Read reports from Jimmy Wong, Terry Franke, assistant senior pastor living in Alaska and Mary Ong. 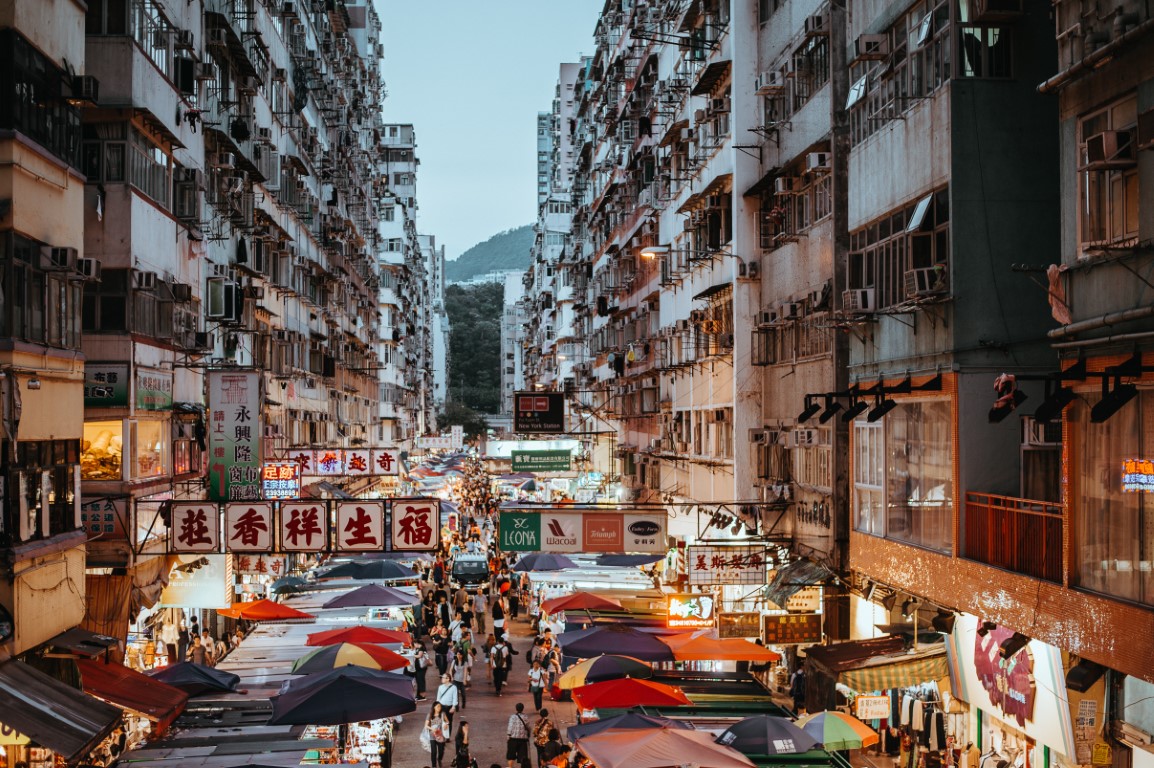 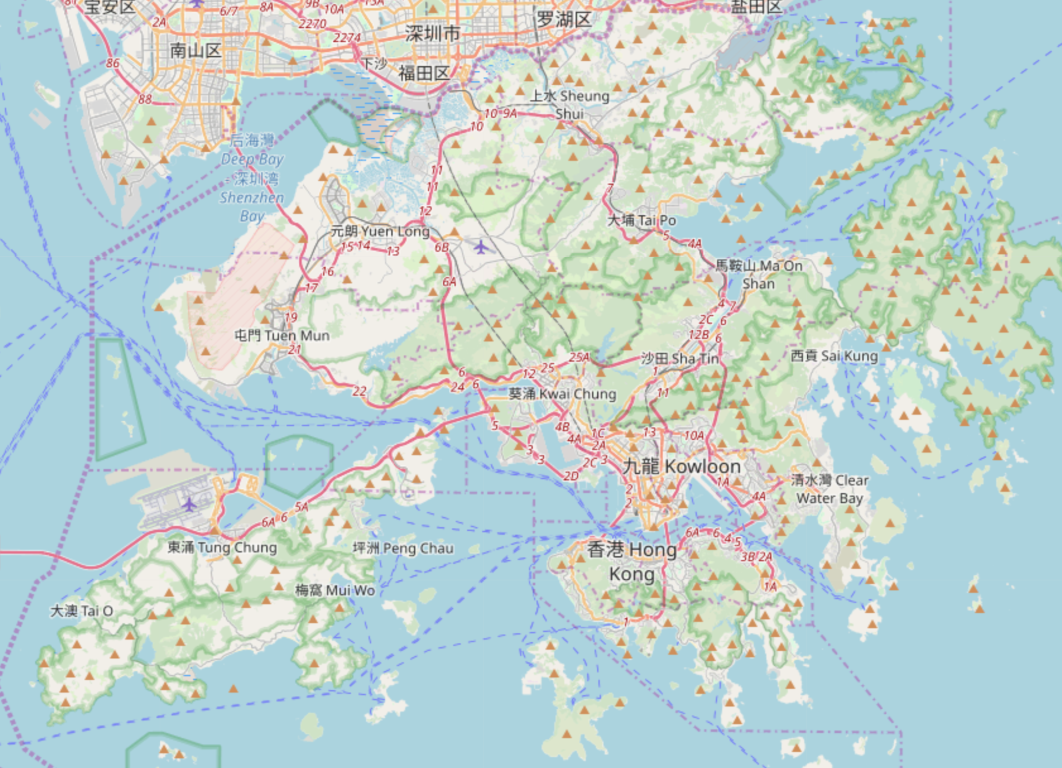 It’s wonderful to hear from you, and to know that you and the McNeelys might stop by Hong Kong in December.

I would certainly think that everything here should have settled down by then, and Hong Kong would be back to normal.  Unless, of course, it is God’s will to have it end very differently - just like we do not know how God wants the Trade War to end between the U.S. and China. Hong Kong’s fate is very much linked to China, and to what China wants to do with Hong Kong.

From the latest “reliable” sources, we just heard President Xi of China has decided that Hong Kong’s independent international status is still, at this time, too important and useful to China’s modernisation and growth plan to be put into jeopardy. If true, this is a welcoming assurance, because China can resolve all the problem we face now very quickly - if they decide to.

What is happening in Hong Kong is a political tussle. I will try to explain what I know, but in a separate email.  Here, let me agree first of all with what Mary has shared in her email.  Hong Kong is still a safe, nice and friendly place, like before, and the members here are not affected.  As long as we avoid where the protests are (especially in the evening when the police try to disperse the protesters).  Business and restaurants that rely on overseas visitors have certainly been affected quite significantly, as the number of visitors drop.  But that’s due as much to the Trade War, as to the protests.  Those serving local people are not affected as much.

Also the Feast site is in a safe area, and our planned activities shouldn’t be affected by the protests. But then I believe, God willing, the protests can be over by the time of the Feast,

As the Fall Holy Days approach, I want to take the opportunity to write to you concerning the protests in Hong Kong.

When Britain and China negotiated the handover of Hong Kong back to China, part of the treaty was that Hong Kong would be a “special administrative region”. The constitutional principle formulated, by Deng Xiaoping, the then leader of China, was, “one country, two systems”.  Hong Kong would have its own laws, police, courts, political system, would run its own economy,  and would be able to freely elect its own leaders.  China would exercise no direct control over Hong Kong, but would benefit from Hong Kong’s strong economic might and international treaties, which have been proven to be major benefits to mainland China.  Hong Kong would benefit from direct access to Chinese markets and rely on China for military protection.  So, the “one country, two systems”, has worked well and benefited both China and Hong Kong.

You may remember, five years ago, there was the Occupy Central protests that took place in Hong Kong.  Where protestors occupied Central Hong Kong, its’ economic and political center.   Back then, protestors were concerned by the interference of mainland China in local Hong Kong elections.  At that time, China decided that only candidates that were pre-approved by China,  could stand for election in Hong Kong.  In practice that meant, that although the residents of Hong Kong still would elect their leaders, they would only be able to chose from a list of leaders favorable to China.   From the perspective of those in Hong Kong, that was seen as unacceptable interference, by mainland China in Hong Kong’s elections, and meant, that in time, the government in Hong Kong would become a puppet of China.   The Occupy Central protests were a result of this decision by China to pre-approve all candidates.

Some are concerned about the current protests and are wondering if it is safe to attend the Feast there.  It is important to understand, the police are not interested in tourists.  If you stay away from the protests, you will have no trouble from the police.   Additionally, the protestors are trying to draw international attention to their cause.  As such, tourists are seen as friendly to their cause.  Simply put, if you avoid the protests, you should have no major problems at all.  Though, the protests do occasionally cause some delays with traffic and on the local MTR (subway).

For those who come to Hong Kong this year, if you avoid the protests, you can look forward to a spiritually meaningful Feast of Tabernacles, enjoying the warm fellowship of the local Hong Kong brethren, and take in the many sites and sounds of one of the most memorable cities on earth.

I would encourage everyone to pray for the situation in Hong Kong and the brethren there.  They would like to have peace in their city.

We look forward to seeing you there.  If you have any further questions or concerns, please do not hesitate to contact me at your convenience.

Though I am a Malaysian Chinese and has been living in Hong Kong for the past 30 years , I believe I have been called into the church for a purpose -  to serve .

Despite we are a small flock of God’s children in this part of the world, I am grateful to be able to host the brethren at my home on Sabbaths and God’s holy days .

This year will be the 5th year we are celebrating the Feast of Tabernacles in Hong Kong since 2015. The brethren are thankful to our great Father in heaven who has opened the door. The United Church of God, Hong Kong was officially registered in year 2017 and the website in the same year.

Whenever outsiders mention Hong Kong as a city of China, many Hongkongers tend to become defensive, partly because of fears of losing their Hong Kong identity.

The truth is Hong Kong will never lose its identity. Moreover, the city does not have just one identity, it has multiple identities so as to adapt to changing circumstances and adjust to challenges. That is why Hong Kong people are true survivors.

Since the change of sovereignty in 1997 when Hong Kong reverted to Chinese rule, Asia’s world city has been adrift between its British colonial past and as an international Chinese city. Strangely, it is now on the cusp of “adulthood” being on the road to discovery, trying to find a way to become its own master.

There are countless qualities that make Hongkongers unique. Some of the admirable  characteristics include their respect for the rule of law; their courage to speak up against injustice and their loyalty to families and loved ones, just to name a few.

Other qualities are their resilience, adaptability, efficiency, street-smartness, open-mindedness, and civilised attitudes, all of which are contributory factors to their distinctive “Hongkongness”.

The recent political upheaval in the city caused by the now-suspended controversial extradition bill has put the courage of Hongkongers on full display to the world.

I have many friends who are not in the church , whom I have talked to said although they had been saddened by the recent violence erupted during protests against the extradition bill, they have nonetheless remained proud of being Hongkongers.

The core character of being a Hongkonger was to have the durability and resilience to withstand and overcome all kinds of challenges and difficulties. I listened on Beyond Today by Steve Myers  “The Daily Challenges “ God tells us that in everything we do, we should avoid this at all costs. Phil 2:14 Do everything without grumbling or arguing. Let God control our mind and pray for Him to help us not to murmur and not to grumble and complain and certainly I believe God will see us through.

They said as Hongkongers, they found it their obligation as well as their natural desire to love this city unconditionally, and that is what drives them to do their utmost to safeguard their families, their homes, and their future.

One thing that is a markedly Hong Kong characteristic is that despite their individualistic attitude, which is sometimes viewed as being self-centred, Hong Kong people can come together as an unstoppable force. When they act in unison, they can achieve almost anything.

I had a chat with a friend who is a journalist quoted, “ But in some ways, the technology era is altering Hong Kong people’s self-identity by shifting from being internally to externally driven. And social media is certainly having an impact on the formation of their identities. Previously, factors that influenced the formation of the Hong Kong identity were families, peers, communities, and maybe even the mass media All have helped shape their views and how they should perceive themselves. But now this Hong Kong identity can be – and certainly has been – deeply affected by outside factors mostly stirred up by social media. ”

We are thankful To have Terry Franke with us last Sabbath. He gave us an inspiring sermon that strengthened on facing trials at this time. Building the house on the house on the rock is the key foundation and doing GOD’s will.

I am attaching a clip from the newspaper my friend just sent last night and I would like Jimmy to explain more about it.

With all the chaos going on every weekends since last June 2019 , I am able to teach on every Sunday. “It is wise to keep away from the Venues where the protesters are.”  This is my advice to my teen students. I am glad none of my secondary and some university students aren’t boycotting their classes at schools .

In conclusion, I would say Hong Kong is still a beautiful city to visit and live in.

“Hong Kong, one of the world’s most densely populated metropolises, is filled with a rich combination of Asian and Western cultures. Both of these cultures actually made this city a dynamic place. An Oriental Pearl to show us how this city manage to balance its traditional Chinese practices with a fast paced yet modern lifestyle.”

Most people will associate Hong Kong with its busy urban streets and iconic harbour skyline. We can easily experience the busy scene on the streets, at the MTR stations or bus stops where people running from one street to the other, catching trains and buses all the time – the volume of foot traffic is way beyond scary! The city is packed with tall skyscrapers, countless shopping malls and congested streets – everyone is busy earning a living.

There are plentiful of buses passing by on the streets, and most are air-conditioned. The double-deckers are the popular choice because you can sit near the front on the top deck to catch all the excitement and feel the pulse of the city life.

It is impressive to see beautiful traditional and contemporary architecture peppering the iconic skyline of Hong Kong where space is at a premium. The limited land available for construction has also led to a concentrated high-rise environment and high population density. In the recent years, the new architectures in Hong Kong tend to be focused on providing more public green spaces that combine environmentally friendly concepts together with cultural exchanges, aiming to improve the quality of life of people.