Bridgette Beam is in the business of making visions reality. As the Head of Global Programs at Google for Startups, she helps inspire and empower people worldwide to get their businesses up and running. She brings the best of Google’s resources to startups in 125 countries and leads the growth of Campus: spaces where entrepreneurs can come together to share ideas and experiences, to mentor and to connect.

Beam’s passion has always been people. At Cal Poly, she sought out ways to serve international communities, working with Afghani refugees on campus and studying abroad every summer, studying microfinance to help empower and support individual families. And her drive didn’t falter at Google. When she began in Ad Support, she spent her free time volunteering on a project that engaged African tech startups, and thrived so much in the role that she got promoted to a job of her own creation.

Now, she and her team are Google’s entrepreneurial ambassadors, helping businesspeople across the globe achieve their goals. She’s overseen the growth of programs like “Startups for Moms,” which helps new mothers use their maternity leave to start businesses, and a resource service for North Korean startups. And with over 300,000 members receiving business education at six Campus locations around the globe, she’s having a profound influence on the next generation of entrepreneurs.

Cal Poly every year honors their two outstanding graduates from ten years earlier. Bridgette was chosen this year. The award ceremony is this coming weekend in San Luis Obispo. Patty is going to attend.

See previous story about how she stood for her faith http://kubik.org/misc/sexton/bridgette.htm 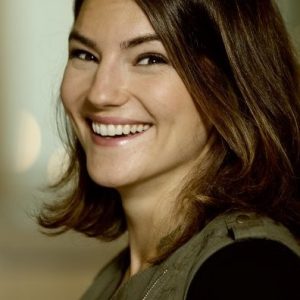