I received this very interesting article in a Ukrainian publication from my nephew Colin. Don't have any more information at this point.  Received it December 2, 2017.

COLIN KUBIK: "THANK YOU TO TELL A LANGUAGE, AND THAT I DO NOT USE"

In 1969, American psychologists Stanley Millgraem and Fzeffrey Trevers advanced the theory of "six handshakes". Their proposed hypothesis was that each person is indirectly familiar with any other inhabitant of the planet through a short chain of common acquaintances. On average, this chain consists of six people. At the same time, it was easier to refute this theory than to confirm, but today, thanks to social networks, all the doubts disappear that we are familiar with anyone through the six handshakes. This theory confirms that all people on earth, if not a family, are good friends.

In pre-war years, a sixteen-year-old girl from Kharkiv was taken to Germany. They took their children from each family in their village. She went to the so-called "Ostarbeiter" to Germany for voluntary compulsory labor. "Employers" promised that after half a year the girl would return, but this opportunity appeared only after the war.  The same fate came from a boy from Ternopil region, who voluntarily went to work in Germany.

There, these two people got to know each other, and got married there. They were released after the war and they wanted to return home, but the boy's father wrote to them a letter in which he called for no return to his native Ukraine. He talked about a big danger. As soon as they returned, they would immediately have been declared spies and traitors of the Soviet people. Young people listened to their father's advice and never stepped on their native land. On the contrary - they emigrated even further - to the United States of America. Yes, in just one handshake, different ends of the earth are connected.

Since then, two generations have passed and their Ukrainian heritage seems to have been lost. How grateful they would have found out that their grandson returned to Ukraine, learned the language and thoroughly explored the history of his family.

Twenty-two-year-old Colin Kubik (Americans say "Cubic") is engaged in volunteer work in Buzovica. In extra time, she teaches English with her children. He says that it would be better if he did not speak Ukrainian, then the children would have heard more English words and memorized them more.

"Students want to speak English, but they do not want to teach it," Colin shares. He says that children do not understand how difficult it is to get the basic vocabulary of a foreign language in order to be able to communicate with it. He was convinced of this gravity by his own experience. For the first time he traveled to Ukraine five years ago, without knowledge of the language. He then visited Zakarpattia, where he worked for two weeks in a children's orphans' camp. After that, he went to Dubno to visit his relatives. When he returned to America - there was a great desire to learn Ukrainian and return to Ukraine. This helped his aunt who owns Russian. Colin studied Russian at first, and then Ukrainian. He says that subtitles were also helpful in studying. And you sing and learn.

When he learned the language - he went to Ukraine for the second time. Now for the volunteer program "Youth Development". The main objectives of this program are preparing children for future employment, promoting healthy lifestyles and volunteering in society.

In addition to working with children, Colin wants to start an adult learning group on English. Also recently started a break-dance circle. An interesting practice, because he can not dance break-dance himself, but he will learn with his children. Also recently he was offered to conduct volleyball training in Buzovitsa, and he immediately agreed, because he loves this sport. Colin admits that at the beginning of his work he was too proud. Excessive expectation and therefore often disappointing. He blamed everyone for failures, but not himself. Now, acknowledging his mistakes, he apologized to the teachers' team and promised that he would leave his ambitions and work for children. He realized that there is no work order, because he is not at home either. I admitted that I was not particularly fond of cleaning or washing dishes. Now devotes to cleaning at least half an hour each day. He claims that he was quite lazy even recently, although it is very difficult to believe, because Colin goes from Kelmen to Buzovice on foot. Often you can see how a tall boy with a large backpack on his back and headphones in his ears hangs along the road in the direction of Buzovitsa. He does not stop the car, he does not go by buses.

Kolin lives in Kelmentsi only a month. Before that he lived in Buzovitsa. He moved, because he was hard at the village. Not accustomed to such an environment. This month has already found many friends. His friends are not only in Buzovitsy or Kelmentsy, but also throughout Ukraine. And these are not American volunteers, but Ukrainians.

In communicating with Colin, you do not immediately notice that he is an American. Even if he asked him what was most struck in Ukraine, he calls only roads. It is not surprising, because our roads every day hit even the Ukrainians. He did not see significant cultural differences between the United States and Ukraine.

This may be due to his upbringing. He was born in Minnesota, at the age of two with his family moved to Spokane in Washington state. Obviously, he did not grow up in the Ukrainian family, but his father grew up in such a family. Probably and Colin was educated with many Ukrainians. However, one common feature of Ukrainians and Americans, the boy still noticed: both of them and others - dependent on material enrichment.

The program, after which Colin arrived in Ukraine, lasts 27 months. For the boy, her term ends in June 2019, but he plans to come to Ukraine on a regular basis after that. He says that knowledge of the Ukrainian language is not something special for him. The advantage is to use it.

Whatever, how much handshake we are in America or elsewhere. Who knows how many American volunteers will visit Ukraine, and Ukrainians - in America. The main thing is to be volunteers where we live. Be prepared to help, respond, sympathize, work for your native land. If any of us were so alive, nobody would want to go abroad and volunteers would not be needed to sweep the dust, which of us would fall. 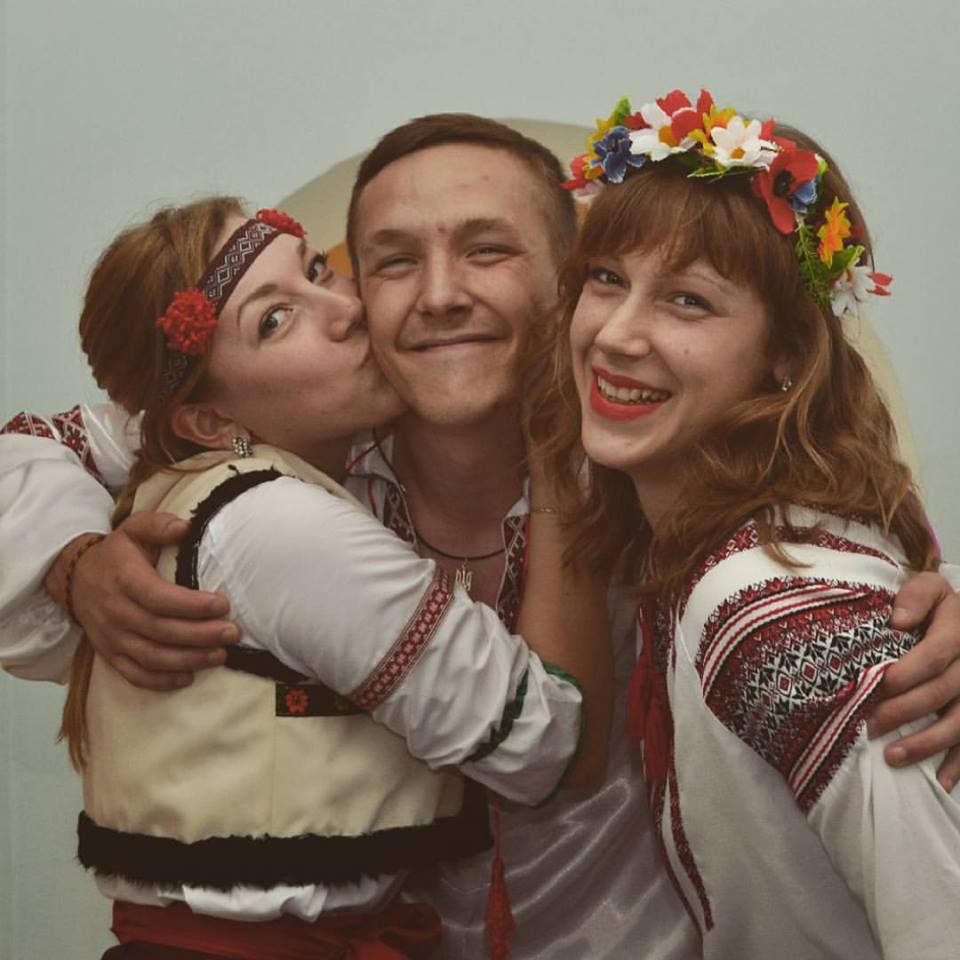 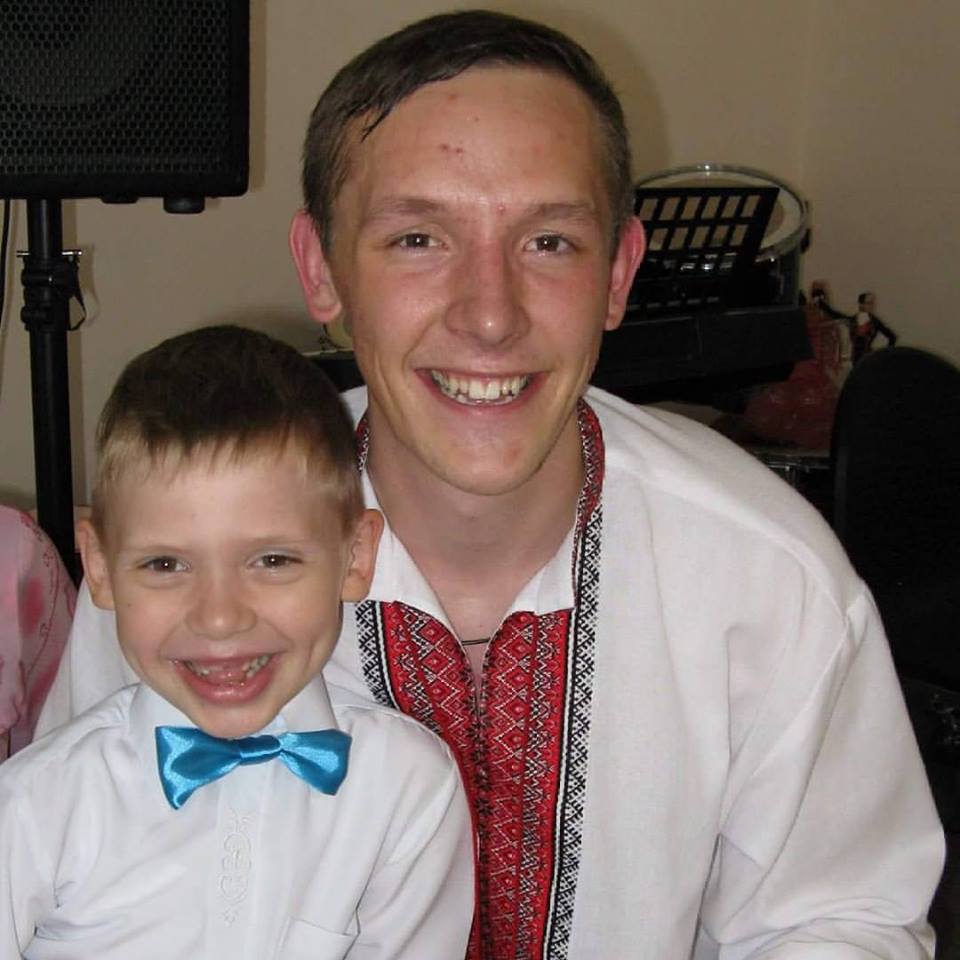