On Friday, Oct. 11, 2019 Chris Betoy, a local Davao member, drove and accompanied David and me to visit Jed and Jong in their respective prisons.

Wow, what an inspiring day that was! We want to share with you Jed’s letter of thanks to the brethren and also give you more of an update. 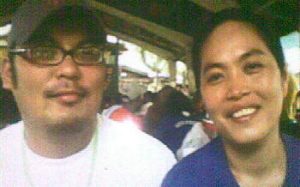 JONG: He is well, safe, highly respected, and increasingly busy with many responsibilities. The total prison headcount on Friday morning was 1,579 PDL (persons deprived of liberty) in a facility with maximum capacity of around 700. As usual, we arrived at the prison and were stopped at four different security kiosks. When we stated the name of the person we wanted to visit, the staff person’s response was always a very positive comment of, “Oh, you’re here to see Jong!” It seems to create an instant bond when we mention Jong’s name. One of the staff members asked me with a smile, “So do you know Jed Sy?” When I answered in the affirmative, we were instant friends!

Jong serves on a 4-person team of “Mayors” overseeing the maximum unit. He was appointed a few years ago as the Administrative Mayor. A different mayor oversees health/safety matters and another one oversees drug enforcement issues/infractions. (I cannot remember the fourth category of oversight.) Jong said their collaborative team of mayors functions well in overseeing the prisoners and dealing with issues as peer counselors and advisors so that there are rarely incidents which have to go up the line to the warden. There is zero tolerance for violence or drugs, and there have been no related issues in a long time. In rare past occurrences of violence or drug issues, Jong has recognized God’s obvious protection for him because he was always occupied in another area of the prison when an incident occurred.

Jong is thankful for the continued blessing of conducting a weekly Sabbath Bible study for the senior citizens there in the maximum security unit. Besides the Bible study, he is given privacy to study, pray, and keep the Sabbath and Holy Days without interruption.

Jong is frequently asked for his suggestions regarding situations with inmates and conduct. He obviously is recognized as an advocate who genuinely cares about the welfare of each person there. People seek his help in a wide variety of personal and prison matters, ranging from obtaining medical help and medication, reading and writing letters and assignments for individuals who cannot read, and counseling escapees who have returned to the prison. He also teaches classes for new PDL regarding policies and behavior so they know what to expect when they enter. Jong conducts a head count three times a day and he knows every PDL and staff member at the prison.

Jed’s & Jong’s appeal to the Supreme Court is still waiting, as the judge who has their case has been out for a period of time. If the appeal is denied, they will still qualify to be released on parole and/or also for good conduct and time served. (In January 2020, they will have served 15 years.) Jong has learned that their case is being noticed by the prison parole board. In recent days, some PDL at both Jed’s & Jong’s prisons have been released on parole. This is a very encouraging development. 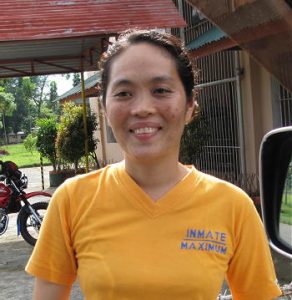 Jong stressed repeatedly that he knows without a doubt God intervenes for him, protects and directs him and Jed, and provides remarkable favor. Jong is deeply grateful and wants to say THANK YOU to brethren around the world for their prayers. He sees the results of those prayers every day.

JED: She is doing well, looks healthy, and is so thankful for the letters, support, and faithful prayers of the brethren. She was overjoyed to see us and brought out beaded gifts she made to share with brethren as a token of thanks from her and Jong.

The women’s prison was built to house about 300 people, and there are currently over 500 PDL. Jed has been appointed Mayor of religious affairs for the prison and overseer of visitation and scheduling the use of visitors’ kiosks. The superintendent depends on Jed’s accounting background and integrity and has assigned her to keep the books and collect tax money for individuals who conduct business at the prison. She has much favor with the superintendent and with the director of the prison.

Jed and Cherry (fellow believer who has come to know the Truth through Jed’s example and teaching) are given respite and privacy on the Sabbath and Holy Days to devote to Bible study.

Jed voluntarily took over care of an elderly sick inmate who was abandoned, stepping in to clean her, feed her, do her laundry, and take care of her needs. The superintendent has shown appreciation to Jed by giving her time away from other prison tasks so she can be this woman’s caregiver.